Today marks exactly 3 months since January 15th, a day which was very challenging for everyone living in Tunisia.  January 15th, was marked by chaos, confusion, and a general sense of panic.  Today, with the beautiful weather and blue skies we can definitely say that things are better.

Spring is in the air, and there is no doubt that we need a break.  We can all use a break, whether we choose to travel or simply take some time off from work; its time to refresh and recharge our batteries.  Now, is the perfect time for us to take a break and change our routines. Security experts agree that staying unpredictable is one of the most effective ways to avoid becoming a victim of a crime.  “Switch it up, walk a different way. Walk around the building another side. Instead of going the same direction to your car, maybe take a different direction,” said Brandon Buffington of Custom Security. 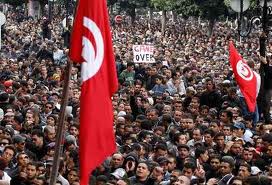 We survived this challenging and eventful Winter, and now we owe it to ourselves  to refresh our outlook and reflect.  For those traveling abroad make sure you conduct some research on the country you will be visiting before you get there.  The Canadian government offers a great website where you can view the travel reports & warnings of every country.

As for those  staying around town,  below are different insightful perspectives of the security situation in Tunisia.

From the Diplomatic World…

UK:  “It is possible to have a trouble free visit to Tunisia, but all travellers should be aware of the current political and security situation.  The number and frequency of incidents of unrest has diminished and public order has returned in many places, including the main tourist coastal areas, but spontaneous political demonstrations and industrial protests still occur.  Most demonstrations pass peacefully but there have been several occasions when clashes between police and protestors have resulted in deaths and injury.  Foreigners are unlikely to be targeted, but there is a risk of incidental violence if you are caught up in a demonstration that does not pass peacefully”

US:  “The U.S. Department of State alerts U.S. citizens to the potential for ongoing political and social unrest in Tunisia.  Unrest has diminished and public order has returned in many areas, including the developed tourist zones; however, spontaneous and unpredictable events, such as work stoppages and demonstrations, have recently occurred.“

CAN:  The security situation in popular tourist areas along Tunisia’s coast has improved following the recent unrest. Canadians should exercise a high degree of caution when traveling to coastal areas of Tunisia.

AUS: We advise you to exercise a high degree of caution in Tunisia, due to the unsettled security situation and risk of further civil unrest. You should pay close attention to your personal security and monitor the media for new information about safety or security risks.

A State of Emergency remains in place across the country. You should be aware that authorities may restrict travel with little or no notice. It is important that you observe instructions given by local security authorities and/or your tour operators.

From the Blog World…

“Criminals have targeted tourists and business travelers for theft, pick pocketing, and scams.  Care should be taken with wallets and other valuables kept in handbags or backpacks that can be easily opened from behind in crowded streets or marketplaces.  Criminals may violently grab at items worn around the neck (purses, necklaces, backpacks) and then run away, sometimes causing injury to their victims.  Criminals have been known to rob pedestrians by snatching purses and handbags from their victims while on a motorcycle.

Harassment of unaccompanied females occurs rarely in hotels, but it occurs more frequently elsewhere.  Dressing in a conservative manner can diminish potential harassment, especially for young women.  It is always wise to travel in groups of two or more people.  Women are advised against walking alone in isolated areas.  Travelers are advised to avoid buses and commuter rail when possible, and to never enter a taxi if another passenger is present.

Theft from vehicles is also common. Items high in value like luggage, cameras, laptop computers, or briefcases are often stolen from cars.  Travelers are advised not to leave valuables in parked cars, and to keep doors locked, windows rolled up and valuables out of sight.  Americans resident in Tunisia are also advised to not leave items of value unattended in the yards of their homes, as there have been reports of theft of items such as tools and bicycles.” (Source:  http://www.thesecuritywebsite.com/index.php/tunisia-security).

According to one French Tourist things are “wonderful, absolutely wonderful,” in Tunisia. “He still cannot believe his luck. He originally signed up for a special “economic crisis” budget deal to relax by the water. Instead he’s enjoying “post-revolutionary tourism” on the beaches of Hammamet. Sitting at the Sultan Hotel’s empty bar, this hardcore fan of Tunisia doesn’t regret ignoring French embassy advisories to “postpone all non-urgent travel” (Source:  Worldcrunch, 2011). 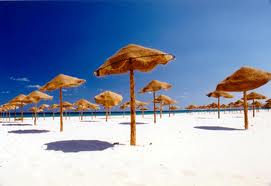