A simple google news search is enough to see the stark contrast between the security situation in Libya vs. what’s happening here in Tunisia.  Unlike Libya, we’ve been fortunate in terms of general safety & security issues.  Still, Tunisian security officials remain very concerned over the situation in Libya.

Here’s a video of a recent car jacking in Libya:

As expats, it’s easy for us to ignore regional challenges  and become complainant with our immediate environment.  The situation in Libya has and will continue to impact Tunisia.

The UK’s foreign travel maps are another good example of the disparity.  If we use the red as an indicator of general safety & security; Tunisia is much safer. 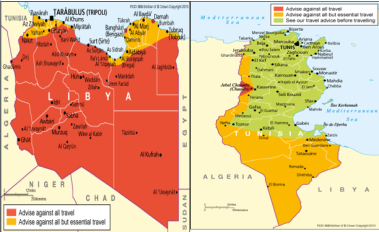 Recently, Tunisian Minister of Foreign Affairs stated that the crisis in Libya is an “internal problem for Tunisia.”    I couldn’t agree more with him and we are already feeling the impact.  On the ground, more resources are being diverted towards the border in an effort to combat many threats spilling over from Libya.

As expats it’s important the we connect with our community (both local & expat) and follow regional developments.

Let’s keep sharing information and thank you for all your support.

Over the last few weeks we’ve been discussing the seriousness of residential security and the lack of security on the ground within local neighborhoods.  Last night’s incident in Kasserine where gunmen “attacked the home of the country’s top security official, killing four of the police guarding it”  is a tragic & powerful case and point.

According to witnesses:  “The assailants were hooded and arrived in a pick-up truck around mid-night in an attempt to enter the house. The group was on board of vehicle type Isuzu D-Max and opened fire on law enforcement officers tasked to secure the house”.  Additionally, authorities say the militants are linked to Al Qaeda, however it is important to note that militants have not claimed the attacks.

While discussing the incident this morning with one of my most reliable contacts he mentioned a phrase that I often dread:  “mezelet” which loosely means “not yet done”.  As a man that’s very selective about the words he uses, I’ve learned throughout the years that this means there are challenges ahead.

What types of challenges?

Well when a top security official’s home is attacked it indicates that groups are active & willing to conduct bold operations.  With the tourist & political campaign season upon us; this will have widespread consequences and we should see a strong response by the Tunisian security forces.

On the expat side of things we should continue to focus on improving our personal & residential security setup.  After these types of incidents there is always a lot of nervous energy & concern, but as informed expats we should simply evaluate our setup and continue to follow practical security guidelines.

Let’s give credit where credit is due.  We have seen some notable security improvements since the technocratic government headed by Prime Minister Mehdi Jomaa took office early this year.  The recent successful event in Djerba is a good example of the government’s commitment to security.

Even with all the positive news that we’ve seen lately regarding the security situation in Tunisia; things are still hard to read.  While security has improved at the border and tourists areas; crime is picking up in local neighborhoods.

During the middle of the night on Thursday (May 22nd/23rd) I received a phone call related to an expat needing security assistance.   Located near the Laouina Monoprix, the expat lives in a 2-story home with his family.

Aouina Neighborhood (Not the best neighborhood but certainly not the “wrong side” of town.)

According to the expat, he was awaken in the middle of the night (approx. 1:30am) by his youngest son who was complaining about his arm itching.  While retrieving a cream he realized that a window was open.

The open window was enough to make the dad realize that something was wrong.  As he made his way downstairs, he noticed the front door was open and the criminals took off with his vehicle (keys were left near the door).

In addition to the car they mostly stole electronic items to include a laptop, storing devices, and stereo speakers.

Obviously, the family was very shaken by the incident.

It’s important to note how the crime was committed before pointing to who might have done it.  The criminals came during the late hours of the night.  They brought their own tools (ladder in the picture below) and obviously had prior knowledge about the setup of the house.

Well here’s what we know:

So just to recap, we’ve had (2) home invasions in the last 3 weeks.  Here’s what they both had in common:

Night patrols are minimal and ineffective at best.  Local hired “street guards” are easily compromised and lack the awareness to respond.  Alarms and iron works help but ensuring that only people you trust access your home is very important. 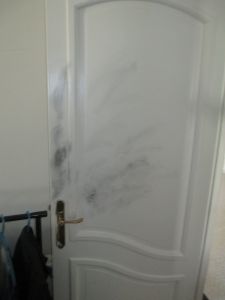 On a positive side, the police was able to find the stolen vehicle in less than 24hours.  The family remains shaken but they will leave Tunis this summer for good.

This is certainly an exceptional case and home invasions are still by no means “normal” in Tunisia.  However, the last 2 cases have certainly made us rethink our residential security setup.

Now is a great time for every expat to review their residential as well as their personal security setup.  Remember that the key is to have a good balance between practical & effective.

Let’s keep sharing information and if you would like more information on this case or how you can make your home more secure here in Tunis please feel free to email us at:

Security developments are gaining more attention here in Tunis.  With the recent arrest of “eight Islamists from Libya” and the ongoing deteriorating situation in Libya; the words Tunis & security are back on the front page.

Tunisia security forces have also stepped up their efforts in the Chaambi mountains, continuing their effective offensive against militants.  With elections slated to take place in November and campaign season starting in the summer; it’s no surprise that things are picking up.

Focus on the road

Even with all this, we continue to remind people that driving is our number 1 concern and your highest safety threat in Tunisia.  This week alone we’ve learned of (2) very serious bus accidents.

This accident took place today around  around Ras Jebel with up to 45 injuries.

Here are a few tips for expat drivers in Tunis:

Remember that driving  is your number 1 safety threat…so stay focus out there. 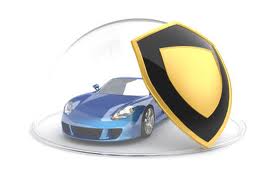 I’ve been really focused this week on residential security and figuring out ways for expats to improve their security setup.  Before I share my next update I wanted to state that there are a lot of positive developments happening in Tunisia.  Also Tunisia is a relatively safe place especially if one compares it to near by countries or major cities.

But here’s the problem…

Good priorities but the problem is that local police stations are lacking resources and criminals are starting to exploit this weakness.  This is why “petty crimes”, burglaries, and car thefts are on the rise.

Police response in local neighborhoods (especially at night) is highly unreliable. In some areas they have only one squad patrol car with a few policemen on duty.  The video below is a prime example, as a criminal calmly selects which car he wishes to break into in broad daylight.

After watching the video you can easily take away a few tips that will help reduce the chances of your vehicle being vandalized or worse:

A recent incident which took place in Cite El Khalil La Marsa serves as a good reminder for the expat community about the importance of residential security in Tunisia.  Fortunately, nobody was hurt but the nature of the incident is very concerning.  Hopefully we can benefit from the incident by raising awareness & taking practical measures.
Please feel free to view & share the slideshow below. 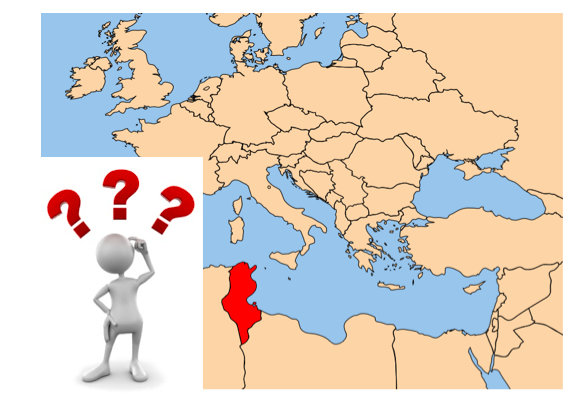 The Overseas Security Advisory Council (O.S.A.C.) was “created in 1985 under the Federal Advisory Committee Act to promote security cooperation between American private sector interests worldwide and the U.S. Department of State.”

Below is a brief presentation highlighting the key aspects of the report.  I hope you find the information helpful and let’s continue to share practical security information.

From Multinationals to NGOs, travelers and Expats  my goal is to deliver EMPOWERING Security Information.